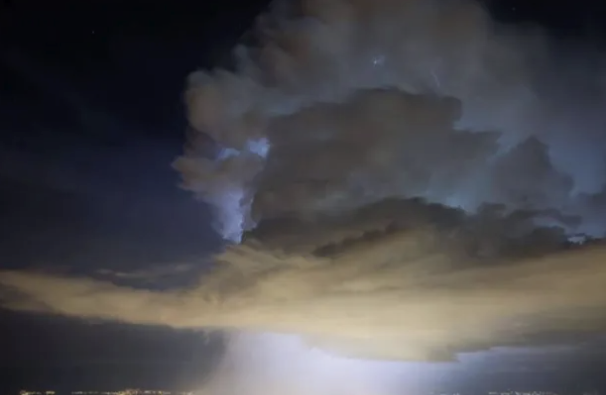 The images were apparently taken on June 24, the same day CERN scientists began a new Awake experiment to change the way it smashes particles together.

The film in question – What Portal did CERN open now? Strange Clouds Hover Above the LHC – raises “major concerns” about what the LHC is being used for.

The narrator asks viewers: “How much energy did CERN pull into itself?

“Is this why the weather is so crazy all over the planet?

“There are many other colliders all over the world.”

The video showed the CERN schedule for the LCH which included an experiment called Awake, due to commence on June 24.

The narrator adds: “Is it a coincidence they had just started the Awake experiment?

“This insane ball of energy was directly over the LHC.

“Some people reported seeing faces in it.

“It is amazing they keep messing with nature and denying it.