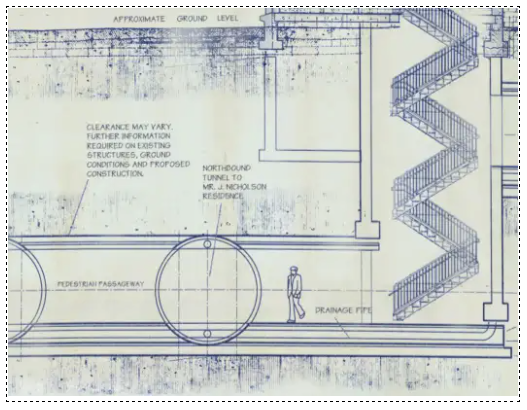 So, according to this blueprint, tunnels were built to the homes of “Mr. J. Nicholson,” “Mr. W. Beatty,” “Mr. K. Douglas” and “Mr. J. Caan.” We’ll go ahead and assume they’re talking about Jack Nicholson, Warren Beatty, Kirk Douglas and James Caan – all of whom lived near the Playboy Mansion during the late 1970s and early 1980s. There are no dates on the architectural schematics, but the dates on the Polaroids were from 1977.

This was the only other document that referenced the tunnels.

Playboy calls this an April Fools joke. Do you?