Electrodes were implanted into areas of the brain involved with reward

Documents of the CIA’s 1960s ‘remote controlled’ dog experiments were declassified in 2018, but images of the canines fitted with electrodes in their brains have recently emerged.

The black-and-white photos show beagles strapped with a receiver-stimulator on their back and a protective helmet covering where the devices were surgically placed in their skulls.

The newly declassified documents also describe three tests subjects in the program that endured shocks up to 90 volts, with one being zapped 2,000 times until it began convulsing and died. 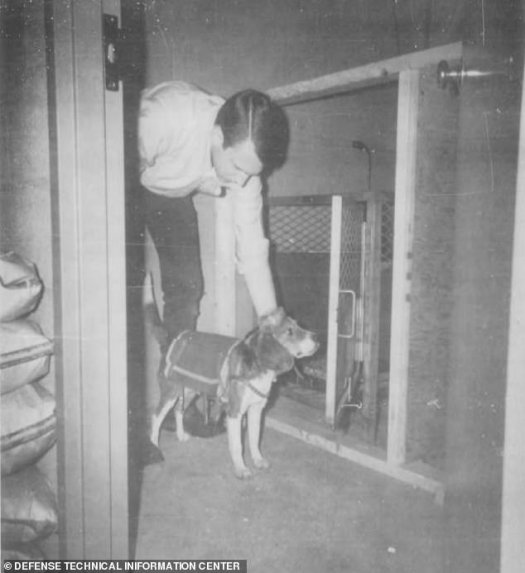