What if the U.S. projected a holographic image of Allah floating over Baghdad? – Washington Post

In 1994, he published Project Blue Beam (NASA), in which he detailed his claim that NASA, with the help of the United Nations, was attempting to implement a New Age religion with the Antichrist at its head and start a New World Order, via a technologically simulated Second Coming of Christ. He also gave talks on this topic.[3] Other conspiracy theorists have noted[4] the similarity of Project Blue Beam to the plots of Gene Roddenberry’s unreleased 1975 Star Trek movie treatment The God Thing and the 1991 Star Trek: The Next Generation episode Devil’s Due. 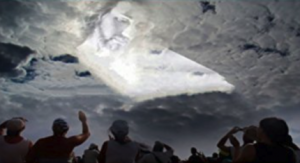