The FBI is investigating the delivery — via the mail — of a terroristic threat to a McMinnville couple who are suing the brother of Democratic presidential hopeful Joe Biden, Knox News has confirmed.

The threat came in August in a plain white envelope to the McMinnville home of Michael Frey and his wife, Natalie Frey, just days after Knox News publicly revealed their claims of fraud and deception against Biden’s brother, Jim Biden, in a federal lawsuit.

Inside the envelope was what appeared to be blood-stained currency from a Middle Eastern country commonly known as a haven for terror groups and a “torture ticket” — a voucher for the infliction of torture.

The Freys revealed the receipt of the threat in an exclusive interview with Knox News late last month. The U.S. Attorney’s office confirmed this week the threat was under investigation by the FBI. The office and the FBI declined to comment further.

Knox News has reviewed copies of the envelope, the currency and the torture voucher but agreed at the request of federal authorities not to reveal the country from which the currency was issued.

Attorney George Mesires, who represents Jim Biden and the other defendants in the Freys’s federal lawsuit, did not immediately respond to a request for comment.

The Freys and Azzam say in a lawsuit filed earlier this year in U.S. District Court by attorney Robert Peal that Jim Biden used his brother’s star power to convince them to turn over that blueprint and then stole it — pitching it to Turkish investors as a “white paper” bearing the names of “His and Her Excellency Jim and Sarah Biden” and omitting the names of Frey and Azzam. 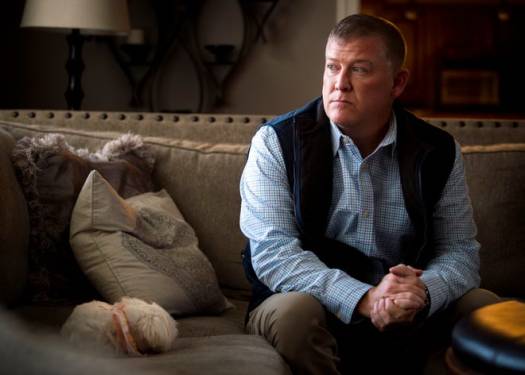