Tens of thousands of opposition supporters rallied on Sunday in the city of Karachi as part of a campaign to oust Pakistan’s Prime Minister Imran Khan, who they accuse of being installed by the military in a rigged 2018 election.

“You’ve snatched jobs from people. You have snatched two-time a day food from the people,” said opposition leader Maryam Nawaz about Khan while addressing the rally, which drew growing crowds in the second such gathering in three days.

She is the daughter and political heir of the former three-time premier Nawaz Sharif.

“Our farmers have hunger in their homes… our youth is disappointed,” said another opposition leader, Bilawal Bhutto Zardari.

The protests come as the country’s economy – which had already tanked before the global pandemic – struggles with double digit inflation and negative growth, which Khan’s opponents blame on his government.

“Inflation has broken the back of poor citizens forcing many to beg to feed their children,” said Faqeer Baloch, 63, at the Karachi rally. 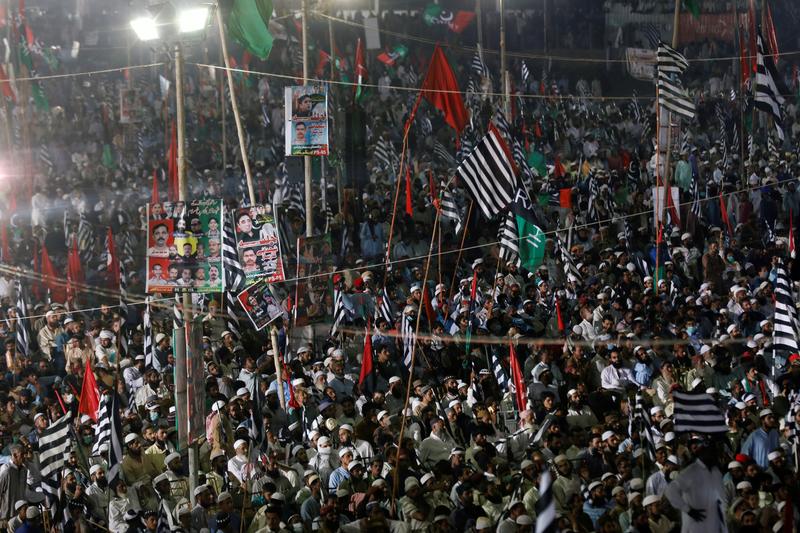