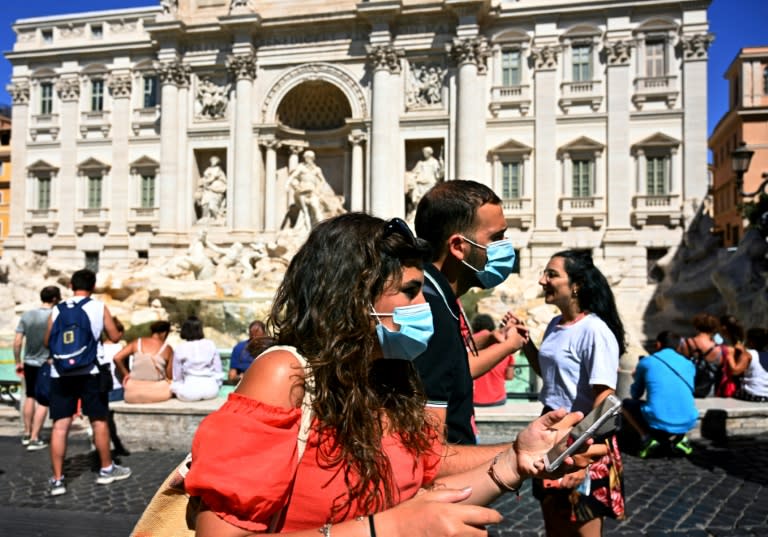 Spikes in coronavirus infections in European countries caused alarm on Thursday but the World Health Organization (WHO) said the continent should be able to fight the pandemic without reimposing full lockdowns.

While Italy registered 845 new cases on Thursday, its highest daily tally since May, France reported 4,700 fresh infections — a massive increase on the previous day. While Spain’s daily increases topped even those of France, Germany was examining its own resurgence.

Worrying trends also emerged in India as a new study suggested more than a quarter of Delhi’s 20 million people may have been infected without showing symptoms — backing up several similar studies.

The figures added urgency to the desperate bid to find a vaccine for the virus, which has infected more than 22 million and killed hundreds of thousands since it first emerged in China late last year.

Russia announced on Thursday it was pushing forward with testing on more than 40,000 people of its candidate drug, known as Sputnik V, which as already been hailed by Russian officials as a success even as experts questioned the rigour of the testing regime.

Africa provided a brighter perspective on Thursday, registering a significant drop in the number of infections last week.

“We have begun to bend the curve slowly… it’s important to recognise those slight tendencies that are positive,” said Dr John Nkengasong, head of the African Union’s health body, Africa CDC.

Source: Europe frets over virus spikes as WHO warns against lockdowns