On June 19, 2019, Keith Raniere, was found guilty of racketeering, sex trafficking and possession of child pornography.

The cult is called DOS, believed to be short for “dominus obsequious sororium” – Latin for the “master over the slave women”

Some 3,700 people have flocked to Raniere, 43, and Executive Success Programs, the business he created in 1998. Prompted by a potent word-of-mouth network, they include Sheila Johnson, cofounder of Black Entertainment Television; Antonia C. Novello, a former U.S. surgeon general; Stephen Cooper, acting chief executive of Enron; the Seagram fortune’s Edgar Bronfman Sr. and two of his daughters; and Ana Cristina Fox, daughter of the Mexican president, Emiliano Salinas, son of a former president of Mexico.

Several women said they were recruited to be part of what they were told was a “women’s empowerment group” within Nxivm. They were told to give damaging personal information about themselves, nude photos or other types of “collateral,” before they could hear more about the group, known as DOS.

As testimony in the trial of Nxivm founder Keith Raniere concluded Friday, jurors watched a video of the leader of the cult-like group discussing his views on child sex abuse. “Most people scream abuse, and a lot of times the screaming of abuse is abuse in itself,” Raniere said, facing the camera as he sat at a kitchen table. “Some little children are perfectly happy with it.”

A judge then sealed a transcript until parts of it could be blacked out.

Raniere with the Dalai Lama 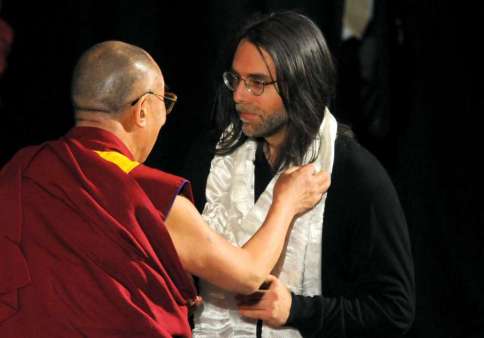 Prosecutors have accused Raniere of having a sexual relationship with a 15-year-old girl. Earlier this week, they showed jurors graphic photos of the teen that were found on a computer believed to be his.

Keith Raniere Video: I’ve had people killed because of my beliefs and because of their beliefs – 4:40 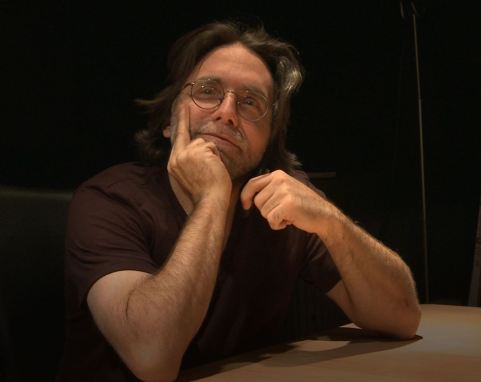 Nancy Salzman was one of the founding members of the group, which is now known for allegedly branding its followers, and intimidating them into silence on the group’s activities by allegedly blackmailing them with personal secrets. Before her role in NXIVM, Salzman was a psychiatric nurse.

Lauren was said to be in charge of the branding ritual of new members. During the testimony, Lauren admitted to locking a woman in a room for two years as a “punishment.” She also revealed that the women in NXIVM were forced to send Raniere nude photos, in which they were smiling. 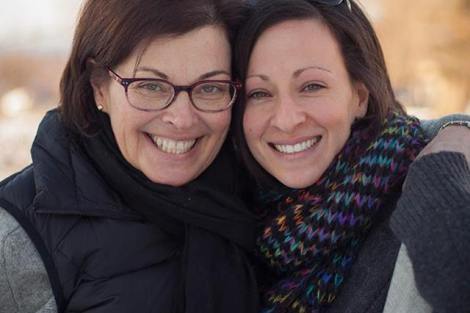 Allison Christin Mack (born July 29, 1982) is a German-born American actress, known for her roles as Chloe Sullivan on the WB/CW series Smallville and as Amanda on the FX series Wilfred. She was arrested in Brooklyn by the FBI on April 20, 2018, on charges of sex trafficking, sex trafficking conspiracy, and forced labor conspiracy in relation to her role in the NXIVM organization. Mack pleaded guilty to racketeering charges in April 2019, and is currently awaiting sentencing in September 2019. 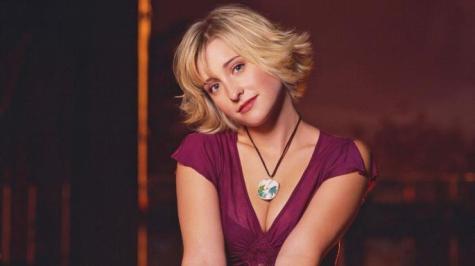 Clare Bronfman is an American heiress and former equestrian. She is the youngest daughter of billionaire philanthropist and former Seagram liquor chairman Edgar Bronfman Sr.

On April 19, 2019, Bronfman pleaded guilty to conspiracy to conceal and harbor illegal aliens for financial gain and fraudulent use of identification. She faces 21 to 27 months in prison and has agreed to forfeit $6 million.[2]

NXIVM: Celebrity members of the mysterious ‘slave cult’ are brainwashed, starved and forced to recruit ‘slaves’. – The Sun 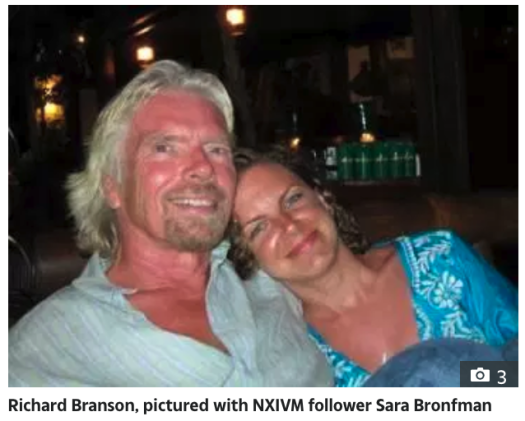 Edgar Bronfman Jr is found in Epstein’s black book. The former Warner Music Group CEO, son of the late Seagram’s CEO Edgar Bronfman Sr., is related to the NXIVM-sex-cult Bronfmans. His son has a child with pop star M.I.A.

In 1971, Branson was convicted and briefly jailed for tax evasion, having fraudulently obtained export documents for records to be sold on the domestic market in order to avoid paying Purchase Tax.[142][143]Customs officials caught onto the scheme and executed a sting operation, marking records bought for the international market with invisible ink and subsequently buying them on the domestic market. Branson was advised of the sting by an anonymous tip-off and attempted to dispose of the evidence, but this was unsuccessful.[142][143] 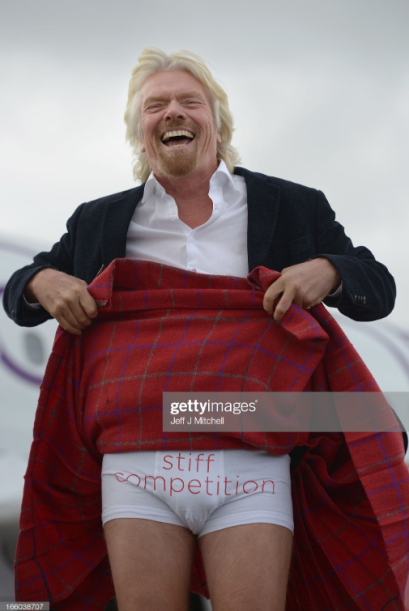 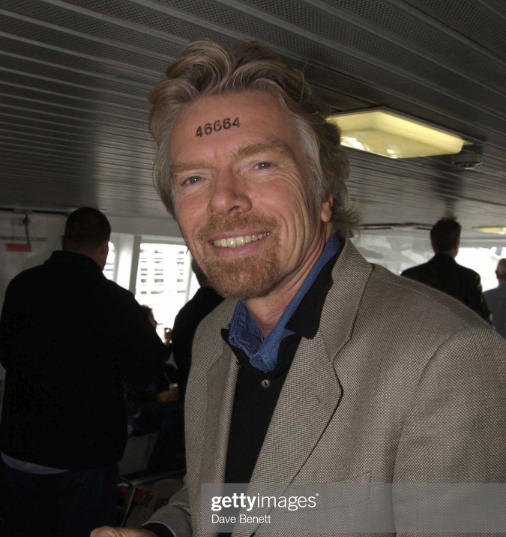